Insects are vital to healthy ecosystems and sustainable farmingHowever, insects are also major pests for many common crops. For smarter crop protection, farmers need to know exactly which insects are in their fields and whether they are providing benefits or doing significant damage. They also need to know if numbers of specific species are stable, increasing or in decline over the whole of the UK. This can be tricky as we understand relatively little about insect population dynamics, particularly given the recent chaotic weather that is a major driver. 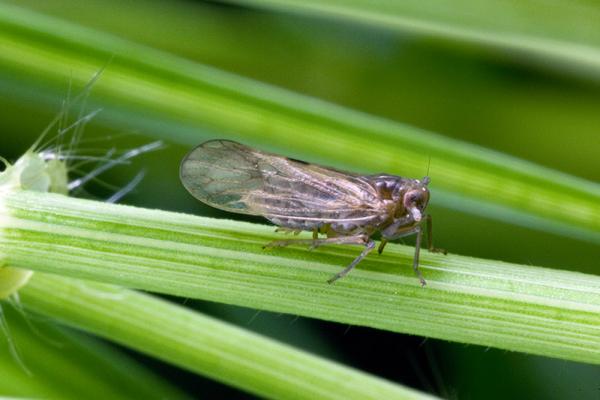 “Smarter crop protection in the future will need to rely on real-time surveillance of insect pests so that control can be administered in a targeted manner. We are exploring multiple ways to automate our systems with the ambition of providing farmers with bespoke daily snapshots of pests in their fields. Currently, we are trialling an automated SMS virus vector service, for example. There is a long way to go, but new technologies are opening up fantastic opportunities to deliver on this goal.” Dr James Bell, Head of the RIS, Rothamsted Research

What did we do?

The Rothamsted Insect Survey (RIS) started in 1964 as an attempt to communicate with famers to better time their insecticide applications. In the 1960s, DDT, one of the first synthetic insecticides, was having serious environmental consequences. By sending out regular alerts of aphid numbers, the research team hoped that farmers would only apply insecticides when incidences were high, but not if they were very low.

The RIS has grown considerably over the past 55 years and now consists of an extensive network of traps. At any one time, there are 16 suction traps and 80 light traps in the networks that operate throughout the UK.

The 12.2 m tall suction-traps provide daily measurements on the aerial density of flying aphids during the peak season (April – November) and weekly records for the rest of the year. The light-traps are smaller in size and contain a light bulb to attract moths and other insects. These traps are largely monitored by volunteers who send data to Rothamsted where it is analysed.

The weekly suction-trap results are posted online on a dedicated website (insectsurvey.com) and regular alerts on pest species sent to farmers, growers and horticulturalists. Moth trends and other statistics are also hosted on this website. A decision support system software tool has also been developed to help growers to identify and solve problems that underpin crop management interventions, such as when if to apply insecticides.

For the Smart Crop Protection programme, the RIS explored new technological initiatives to see how the service could be more effectively contribute both to pest control and enhancing beneficial biology. These included:

Over the coming years, the RIS will continue to incorporate more advanced technology into its data collection network. Ultimately on-farm sensors will be deployed to understand if the data collected in the traps paints an accurate picture of what is really happening on the farm.

Overall funding for the RIS comes from the BBSRC