WEEDING OUT THE CEREAL OFFENDERS

Rogue organisms will adapt to any strategy designed to protect crops. The answer is to understand how they do it

Weeds in cereal crops are one of agriculture’s greatest challenges, causing greater losses than pests or diseases. Traditionally, farmers spray herbicides as a matter of course; they are highly effective and easy to use, but over-reliance on herbicides has led to an epidemic of herbicide resistance, particularly in black-grass. Current pesticide dominated crop protection is not sustainable because of regulatory changes, concerns with off-target (environmental) impacts and mounting resistance among weeds, pests and pathogens to the chemicals. 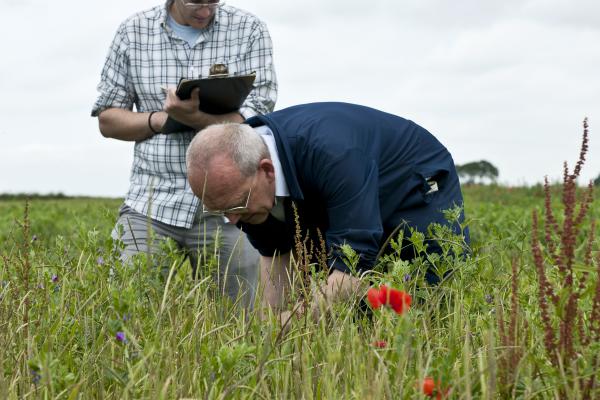 Instead, a system is needed that integrates chemical control with genetic, biological and agroecological approaches, taking advantage of new sensors, real-time detection, big data and modelling applications. Researchers need to work alongside farmers and industry to solve these pressing problems.

Take black-grass, for example. The weed has become a notorious offender over the past 30 years. In 2014, researchers and farmers collected data from 25,000 sampling sites (20m-square quadrats) in 138 fields on 71 UK farms; they found the weed to be present in 88% of them. On those farms, 75% of the black-grass population were resistant to all the major herbicides designed to control black-grass.

Resilient, pervasive and aggressively competitive against cereals, black-grass continues to spread from southern, central and eastern England towards Wales and Scotland, and is well established in much of north west Europe.

Changing farming practices are thought to be partly to blame, notably increases in the area of winter wheat being grown and earlier crop sowing in the autumn; another significant contributing factor is the plant’s evolving and increasing resistance to herbicides.

In the past, it could take six months to collect and analyse a weed seed to determine its resistance mechanism and recommend an appropriate herbicide; in 2016, the prototype of a device to provide on-the-spot advice was being tested in the field.

Better surveillance is the key

As a result, researchers are trying something completely different. For a start, they have created multidisciplinary teams with experts in genomics, biochemistry, ecology, evolutionary biology, modelling and agronomy. They have also been looking to engage with farmers from the outset, for help with monitoring sites and collecting data.

They are going for a systems approach to understand how resistance evolves, and not just in weeds but also among pests and for diseases. They are trying to link the evolution of resistance to a better understanding of the crop and weed management strategies that present the highest risks. Better surveillance is a key factor.

In the past, it could take six months to collect and analyse a weed seed to determine its resistance mechanism and recommend an appropriate herbicide; in 2016, the prototype of a device to provide on-the-spot advice was being tested in the field.

At Rothamsted Research, such thinking underpins one of the institute’s five-year strategic programmes to 2022, Smart Crop Protection. The SCP programme aims to make crop protection more evolutionary smart through a combination of interventions at gene, organism, community and landscape levels. Overall, the aim is to come up with an evidence-based strategy to change the way that crop protection is achieved and to help farmers to improve their yields. The prospects are good.

By 2022, researchers expect to see a reduction in the use of pesticides, and without a drop in yield, through better surveillance and forecasting and the development of management strategies and field interventions. By 2027, they hope real-time advice will underpin crop protection, backed by novel genetic, chemical, biological and agronomic approaches, with pesticides used to treat only severe incursions. 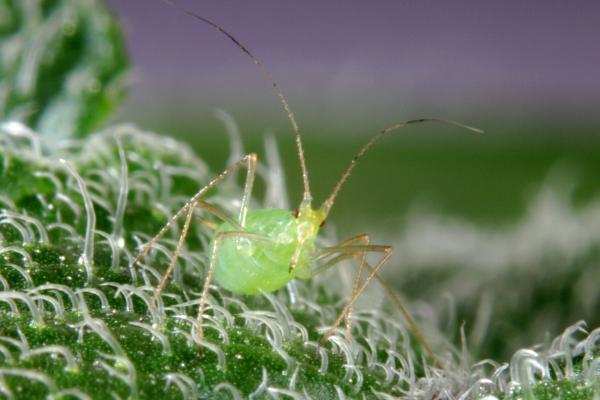